Exercise and the Environment

Thinking about the connections between environment and health, I extracted my data from Fitbit's grubby, proprietary paws for some analysis-lite.

The following chart shows flights of stairs climbed per day (truncated to 100 floors per day to prevent instances of mountain climbing from skewing the figure).

During 2014 through June 2015 I lived on the fourth floor of a building whose kitchen was on the ground floor, and worked on the fifth floor of another building. This ensured a minimum of 18 flights of stairs per day and, often, much more.

From July 2015 through December 2015, I lived on a second floor and worked on a third floor. This mandated only 6 flights of stairs per day. And, indeed, this period shows far fewer stairs climbed on average.

In late January of 2016, I moved half-way up a rather large hill and continued to work on a third floor: stair climbing counts immediately rose. 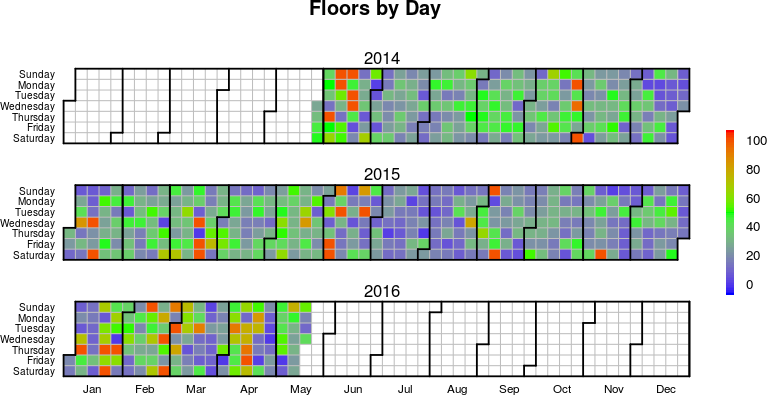 The following chart shows total steps taken per month. I was in a cold place for most of 2014 (red), spent the summer of 2015 (green) travelling, and was in warmer places from August 2015 (green and blue, sorry colour-blind folks) onwards. The gap in step counts, especially evident October through January, can therefore probably be attributed to a warmer climate being more conducive to moving about. 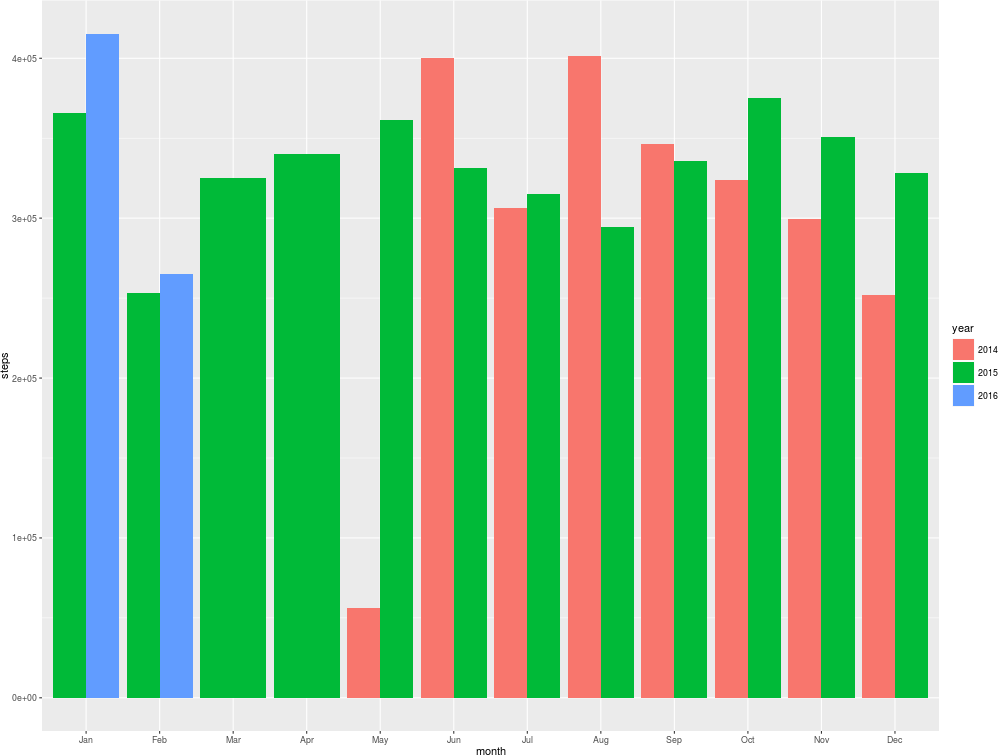